Her guardian angel was pushed.

Keiron was never meant to be anything other than a hero. Born high above in a place of war and deception, he is Heartborn, a being of purity and goodness in a place where there violence and deceit are just around every corner.


His disappearance will spark a war he cannot see, for Keiron has pierced the light of days to save a girl he has never met, for reasons he cannot understand. Livvy Foster is seventeen, brave, and broken. With half a heart, she bears the scars of a lifetime of pain and little hope of survival.


In the middle of a brewing war and Livvy’s failing heart, Keiron will risk everything for Livvy, because a Heartborn’s life can only end in one way: Sacrifice.


Fall with Livvy and Keiron as they seek the truth about her heart, and his power, and what it means to love with someone who will give their very life to save you.

Available for purchase at


Chapter One: The Leap

The relentless wind cooled his skin as he mustered the courage to jump. It was a long way to fall, and he’d been poised on the edge for nearly an hour. It wasn’t fear that kept him rooted to the spot, but the effort of reaching through time to see what consequences his action might bring. To think of leaving was akin to dropping a boulder in the pool of his own history; there was no way to foresee what the ripples might cause. Or the waves, since this would make waves, not ripples. It was all an undiscovered thing.

No one had done what he meant to do; at least not in the memory of his House.

Under the points of his boots, featureless mist curled away to reveal an enticing glimpse of color and life so unlike his own home. Gray, he thought. I am so very tired of all the gray in these clouds. The longer he looked at the myriad of colors below, the more acute his hunger to see what mysteries rolled beneath him, unknown and vibrant. The land looked like a fairy tale made real, its hills and rivers gleaming like a promise in the early morning light. The sheer distance and appeal of it all clutched at his chest like a physical thing, making him cover his heart. His body fizzed with excitement and fear, and he liked it.

“You won’t go, you know.” His brother’s voice was bored to the point of insolence, a tone he’d perfected from years of practice. Like others who kept their face an impassable mask, he’d lost much of the joy in his life, if ever he knew it. Brother Garrick appeared from the sullen gray mist that hid the secret columns and towers of their home. Walking toward Keiron, a smile quirked at the cruel lips, so unlike his own. “We’ve already been to the edge of the scrying pool. You won’t go. It is known to us.” A look flickered across the impassive face, something ugly and hot. His control was slipping. That was new, as was his belief that he was equal to their parents. Or older siblings, at that.

“Yes. I will.” Keiron’s voice sounded small in the silence. Even the wind died out of respect for what he was about to say, and if his resolve held, what he would then do.

A sad shake of the perfect head said that was a lie. Garrick was beautiful to the point of distraction. His pupils were nearly colorless in a face framed with fine blonde hair that called sunlight to mind, so different from his brother. Garrick was light, while Keiron was dark, with skin golden from the sun and eyes the black of a starless night. A long, aquiline nose gave him a regal quality that Garrick, for all his perfection, could not possess. His hair was curled and ebony to the point of being liquid, a black mass that he pushed back with irritation at Garrick’s verbal assault. Keiron was lean and tall, and in the stages of bloom where men first leave boyhood behind when they are no longer concerned with a young man’s things.

Garrick spoke again, substituting arrogance for wisdom. “No. There is no escaping that which has passed. Even if you were to—”

A swift cut of Keiron’s hand broke the thought. His brother looked shocked, then amused, and then angry.

He didn’t like being spoken to that way. “I can, and I will. I know how to shift the light of days, and I know when to do it, too.”

“Really? A secret of that size, and you, a minor son, have figured it out? Do tell, fledgling.” He loved using Keiron’s youth as an insult, even though he was barely a year older.

“If you paid attention to anything other than yourself, you’d know that there is logic behind the Moondivers. There have been others, you know.” A hint of smugness colored Keiron’s defense, but his brother had it coming.

The reaction was volcanic.

Real anger spat forth from Garrick now, contorting his features into something crude and ugly. It was, Keiron thought, the first honest thing he’d seen of his brother in all these years. It was the face of fear and rage, and he knew why. This entire outburst was about power, or the lack of it. To control time was the province of elders, not some child who thought that he could move the forces of worlds to right a wrong. It was arrogance of a kind unlike anything he’d ever embraced, and his brother’s hate for him grew by the second because he knew that for all his perfection, the younger of them was more pure. The elder boy was ambition personified, but without courage and purity he would never control the clocks. For that matter, Garrick would not even control himself, a fact that dawned on him as he sputtered with rage.

Keiron squared his feet and repeated his intentions like a prayer. “The days will bend for me. I can feel it, and your anger will not change the truth.” His words rang with a kind of surety that made his legs shake, if only briefly.

It was something Garrick would say, and for that he was frightened and proud, since unlike his brother, Kieron meant every word of it and aimed to see it through.

In two long strides, his brother came close enough that he could smell the wind herbs on his breath. They were sour with hate, just like the expression contorting his face. “She’s already dead.”

Keiron went rigid, but fought mightily to gain control of the anger that bloomed in his chest. Heat spread like sunlight, and he took three long breaths to contain his next words. “She is now, but she won’t be when I get there. I told you. I can do it.”

“You think falling through time and distance can save her? Landing in that mud-spattered wallow that they crawl about in like feral swine? You don’t even know why they were driven from the land, let alone if death awaits you. What about you? Who can save you?” His brother barked with laughter, a short noise of jealousy and fear. “What if she doesn’t want to be saved? You’re a child. A favored pet who is loved because of his youth. You’re nothing but an amusement to this family.”

The wind blew harder as spots filled Keiron’s vision. He could not lose control, not now. He worked his jaw to let the words out. The sounds followed each other, chastened by the force of his will. “I have watched. I have learned. And I tell you, I am going, and she is worth saving.”

Garrick shrugged as the boredom returned to his face, now a mask of beautiful disinterest. “You actually care about them, don’t you? Those things down there? Those glorified cattle? Do you think they’re even capable of understanding us? We are not the benign, soft creatures that have been reshaped by their pitiful legends. We were born for war, not love. We are made to hurt, not heal.” He shook his head with a mocking grin. “You’ve always been weak, but this is beyond anything the family expected. It’s practically—”

“It’s decent, that’s the word you’re looking for.” Keiron’s voice was like iron, despite a small quiver at the end of his words. His jaw set again, and for an instant Garrick saw their grandfather’s stern profile there, lurking like a boulder under the surface of a still pool.

“You’re not even worth saving, let alone one of them.” Garrick’s eyes flicked down to the vista that unspooled under their feet, or perhaps it was above. It was difficult to tell with the curving horizon and shifting light. Part of what he saw was green, unlike their home. There were blue rivers, brown and green fields, and stony places worn by wind and weather. It was alien, but enticing. He let a woven cord of animal hide fall into his hand. On either end, a heavy molar prized from the jaw of a Windbeast acted as a weight. The teeth were well worn, and tied in with strands of fine leather. It had been a mature beast, killed to make things that the people of the wind needed. Like teeth. And rope.

“Then I belong with them, don’t I?” Keiron’s question was rhetorical.

Again, Garrick shrugged, this time with one shoulder. His lips peeled back to reveal perfect teeth, but there was no kindness in the gesture. “Fine, but you’ll need to know something first.” The cord spun outward from Garrick’s hand in a blur, spinning around Keiron’s wings with brutal efficiency. The weight of the heavy teeth spun the strand tight to bind him, flightless, as Garrick drew his sword and cut downward in a wicked blow that sent Keiron’s wings spinning away into the clouds below.

Paralyzed by pain and betrayal, Keiron stood swaying as Garrick stepped calmly forward, placing both hands on his brother and pushing him into a chaotic tumble from the ledge of House Windhook. Spatters of blood swept up and away in the swirling winds, the last sign of a boy who had been bound, and cut, and sent into the sky in less time than he had to register the sensation of being flightless and wounded.

Keiron’s stomach raged upward as glare and shadow coursed around him in a never-ending circle of dizzying light, and he began the long, cold fall through layers of sky and time that tore the scream from his throat even as it began.

From above, he heard Garrick’s last words, mocking and fat with poisonous joy. “Let us see if you can truly fly.” 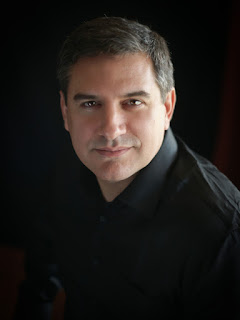 Born in 1968, I discovered fishing shortly after walking, a boon, considering I lived in South Florida. After a brief move to Kentucky, my family trekked back to the Sunshine State. I had the good fortune to attend high school in idyllic upstate New York, where I learned about a mythical substance known as "Seasons". After two or three failed attempts at college, I bought a bar. That was fun because I love beer, but, then, I eventually met someone smarter than me (a common event), and, in this case, she married me and convinced me to go back to school--which I did, with enthusiasm. I earned a Master's Degree in History and rediscovered my love for writing. My novels explore dark fantasy, immortality, and the nature of love as we know it. I live near Nashville, Tennessee, with the aforementioned wife, son, and herd, and, when I'm not writing, I teach history, grow wildly enthusiastic tomato plants, and restore my 1967 Mustang.


You can find Terry at